The new interpretive section of the Langham Dome website has now been launched, in a joint venture by the Friends of Langham Dome, Ugly Studios and Accent Design. 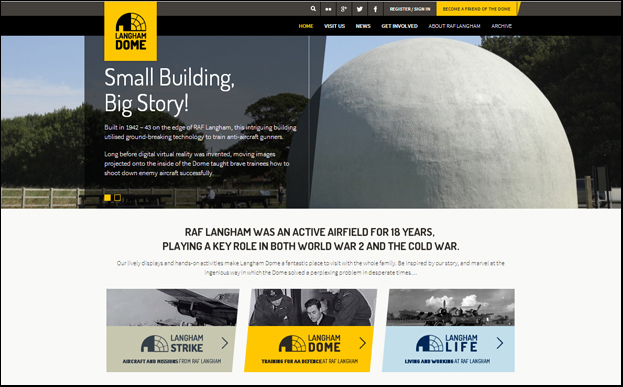 The Langham Dome visitor centre, supported by the Heritage Lottery Fund and other sponsors, was opened in the summer of 2014 to wide acclaim. The Dome has a big story to share with as wide an audience as possible, including a significant number of people in countries such as Australia, New Zealand and the Netherlands. 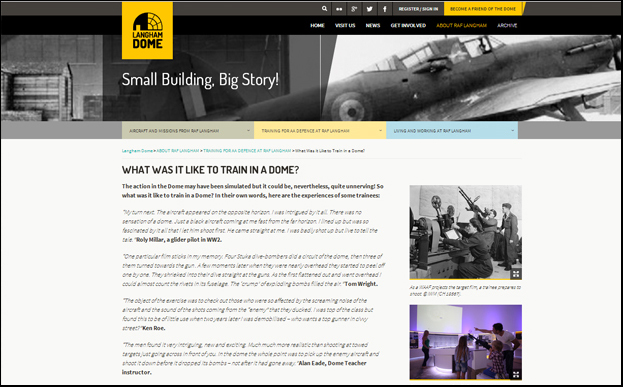 Latest data from the ongoing DCMS-led ‘Taking Part’ survey suggests that over a quarter of adults now use heritage websites, with a small percentage using this interaction as their only form of engagement with a heritage site. Ugly Studios partnered with Accent Design, specialists in creative Web Development, to build an interpretive website for the Dome and speak to those online communities, particularly those who live abroad and who would struggle to visit in person. Our aim was to create a digital space that would create a connection between visitors and the site, whether that was through inspiring a physical visit, engagement with interpretive content, or providing the option to get involved with the project. 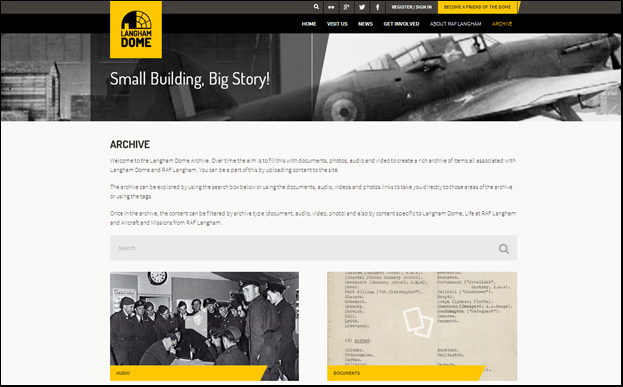 The interpretive section of the website explores the – sometimes difficult – history of the Dome with a delicate and emotional touch. Emphasis is on the importance of personal associations, punctuating content with individual testimonials, reframing the story of the Dome and RAF Langham as a story of their people. The interpretive pages are supported by an online archive which, whilst displaying the Dome’s own collection, invites viewers to share their own content and to be a part of the ongoing project.

The Langham Dome website can be found at www.langhamdome.org

Do you have a digital project that you would like to discuss? Give us a ring on 01603 760529, or let us know via Twitter, Facebook or email at info@uglystudios.com