Having been granted funding, Buglife - The Invertebrate Conservation Trust - contacted Ugly Studios to design and build a small exhibition on Victorian Entomologists and their love of collecting. This exhibition would be installed in Peterborough Museum, and move to Flag Fen for Summer 2012.

Buglife wanted the exhibition to be aimed at children, so the colours were kept bright and engaging. The information was broken down into 5 easily digestible sections, starting with Victorian bug-hunting, before moving onto Darwin, insects today and the work of Buglife.

Displayed with entomological specimens from the Victorian age, the pop-up exhibition proved to be very popular with young visitors. Following the Exhibition’s move to Flag Fen in July 2012, it remained open up until the end of September 2013.

We knew we wanted to tell an engaging story about the evolution of entomology, and Ugly Studios really hit the mark. The display was bright, striking and really held people's attention, plus the hardware format meant it was so easy to take down and put up at the next exhibition space. 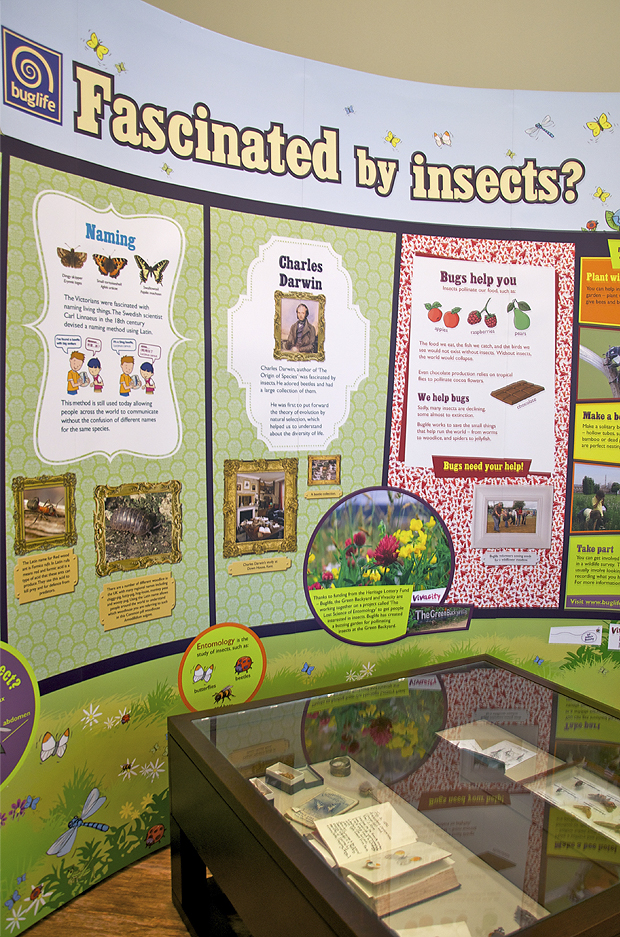 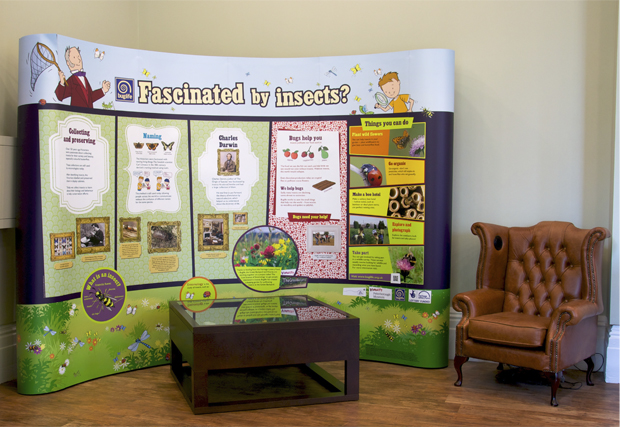