Some of our work made a star appearance on BBC Springwatch last night!

During a section discussing Ant Lions, Martin Hughes-Game talked about the creatures and presented a model made by Ugly Studios for Dunwich Heath back in 2010. 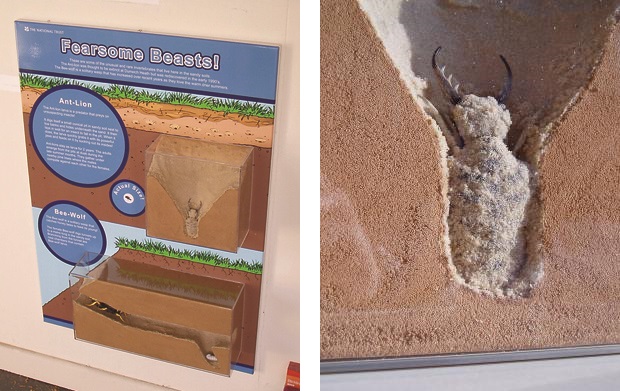 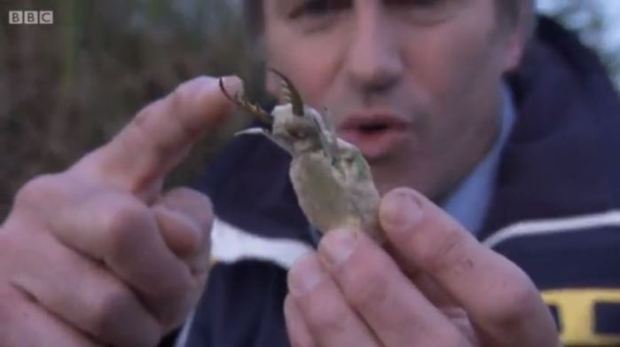 Ugly Studios have worked with the team at the Heath for the past few years, producing, amongst other things, an interactive nature trail and interpretative boards to highlight some of the unique species which live there.

Dunwich Heath is close neighbour to RSPB Minsmere, the new home of BBC Springwatch hosted by Chris Packham, Michaela Strachan and Martin Hughes-Game, which will be based at the reserve until 2016. Broadcasting live since 26th May, the television programme is expected to promote huge national interest in Suffolk’s amazing wildlife.

With over 5,600 species on site, RSPB Minsmere is one of the most rich and stunning wildlife reserves in the UK. BBC Springwatch, which attracts over 3 million viewers each week, will explore this thriving ecosystem via a series of specially-built hides and night-vision cameras. The 1,000 hectare (2470 acre) reserve roams over sand dunes, reedbeds, woodland and saline lagoons, promising a fantastic range of landscapes and natural habitats. From avocets to bearded tits, the reserve’s diversity will surely impress.

We’ll certainly be tuning in!