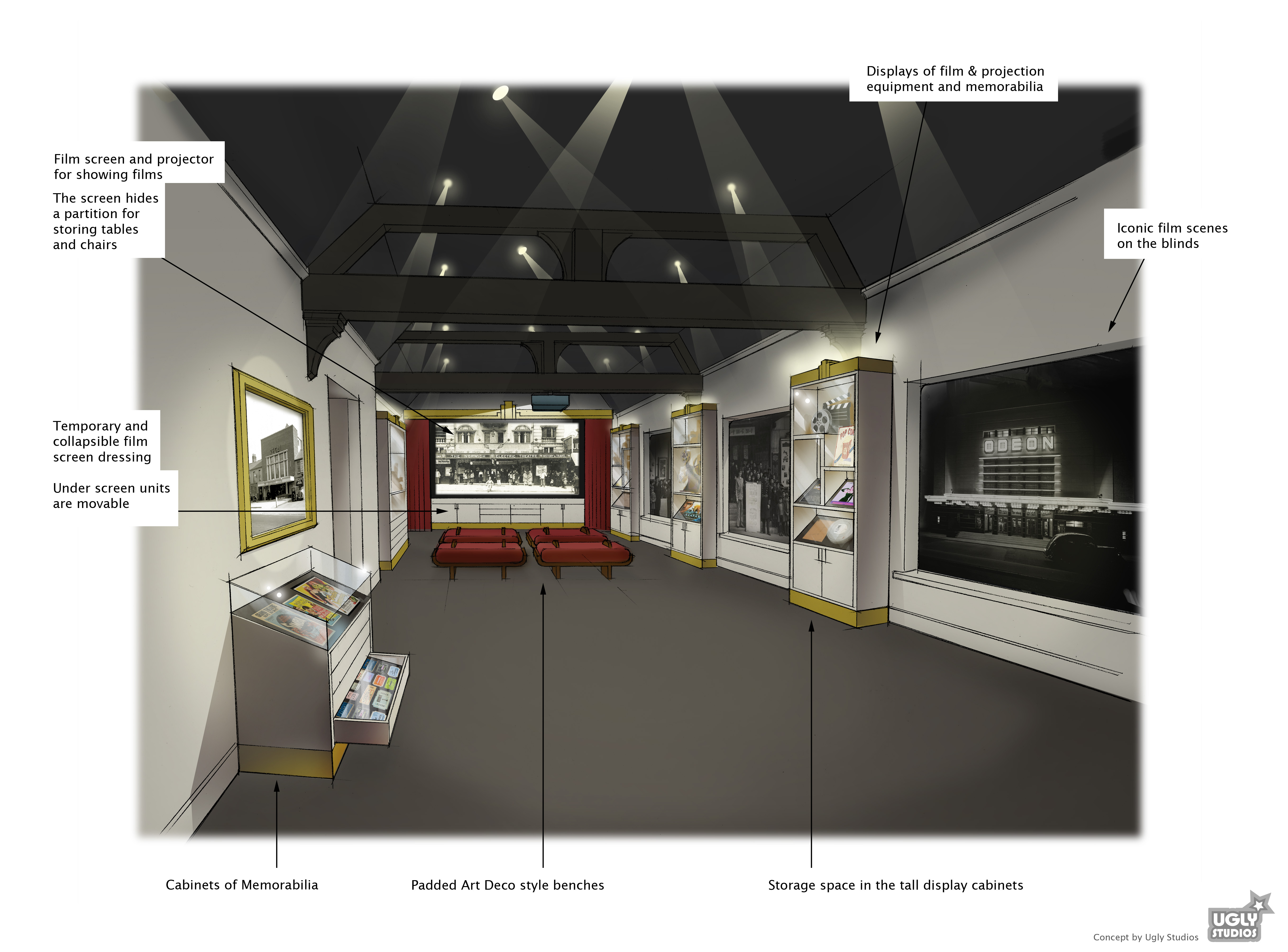 The concept we designed for Cinema City’s funding bid

Norfolk’s cinema history is about to hit the silver screen, thanks to a recent funding boost from the Heritage Lottery Fund.

The new project, Norfolk at the Pictures, delivered by Cinema Plus at Cinema City in Norwich, aims to engage the public in the region’s film going heritage. With a £500,000 injection from HLF, the centre will include a new education and community space (the Screen Heritage Centre) as well as an ongoing archive.

It’s great news, and the Ugly team is delighted to have been invited to consult with Cinema Plus during the development phase of the project. Our concept designs imagined 1920s art deco stylings and memorabilia, harking back to the golden era of cinema whilst retaining the functionality of the space.

With support from locally and nationally revered actor John Hurt OBE, Norwich City Council, English Heritage, the UEA, East Anglian Film Archive, Norwich University of the Arts and Norwich HEART, the project looks set to be a blockbuster. For more information on Norfolk at the Pictures, see norfolkatthepictures.org.uk.