The Dome: A Secret of World War Two, BBC One

Three films – a collaborative effort between Eye Film & Television and Ugly Studios – were the main focus of a BBC documentary on Langham Dome, shown in East Anglia on 17 May 2015.

The original three films, narrated by Stephen Fry, can currently be seen projected on the internal wall of Langham Dome. This recreates the Dome’s original purpose: simulating an air attack by using training films projected onto the wall with a ground-breaking projection device. This 1940s simulated environment was the beginning of our modern-day virtual and augmented reality. Ugly Studios’ interpretive design translated the Dome’s cutting-edge innovations into a modern-day audiovisual format, whilst also revealing the complicated and often traumatic experience of anti-aircraft gunnery. 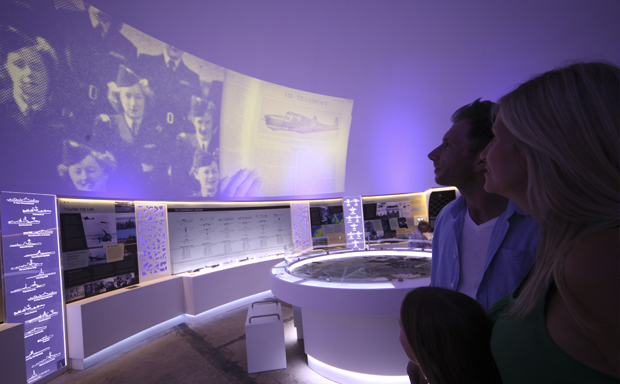 Each film explores a different topic: Invention and Legacy, Guns, Tugs and Targets, and An Airfield At War and Peace

We don’t want to give too much away, so you’ll have to watch the show to find out more – keep watching to the end of the documentary to see our interpretive exhibition design in the Dome itself!

The documentary is available on BBC iPlayer until Monday 15 June 2015. Follow the link here

We’re always keen to hear about both  future  interpretive and audiovisual projects. Give us a call via 01603 760529, or email us at info@uglystudios.com. Check out our Twitter and Facebook pages for more of our projects, or to just say hello!